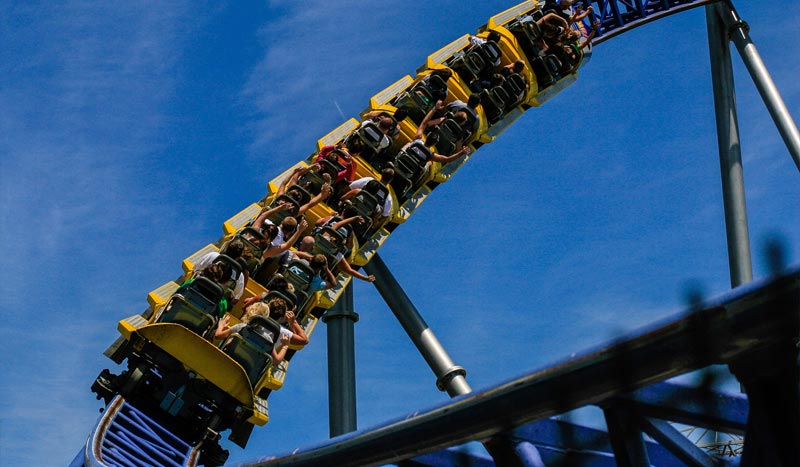 Featuring some of Tinsel Town's most popular blockbuster movies and TV shows, Universal Studios Hollywood delivers a unique theme park experience. Become a part of your favorite films via thrill rides, 3D experiences, and live actions entertainment. Face off with dinosaurs in the Jurassic Park ride. Go behind the scenes of movie studios in a special tour. Kids love meeting their favorite characters like SpongeBob SquarePants, Shrek, and Curious George. Movie magic and thrills await you at Universal Studios in California.

Upgrade your admission ticket and reap the benefits. Enjoy one-time priority access to every ride and attraction, even the new and popular ones. At shows, get one-time reserved seating. The price of Front of Line Passes changes depending on the season. You can purchase them online-they often sell out at the gate-but must use the Pass within a set time period. Prices include admission, and range from $139 until April 11, to $169 from April 12 to 27, 2014.

Located next to Universal Studios Hollywood, CityWalk is home to more than 30 restaurants and dining choices, a 19-screen movie theater complex, a 7-story IMAX theater, retail shops, nightclubs and comedy clubs. After a day spent on daring thrill rides, reward yourself with some tasty food and a relaxing drink at CityWalk.